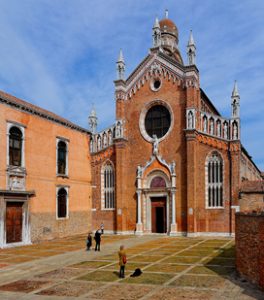 If you tried to count how many churches exist in Venice, you would probably lose count. There are more than 250 churches in Venice and each of them has a story to tell, but we are not expecting you to visit them all! Even if choosing the top 5 churches to visit in Venice can be really hard, we tried to select those we love most.